By DW – Made for minds

Three large mining projects based in California’s “Lithium Valley” aim to recover lithium with minimal environmental impacts. They have the potential to simplify the global lithium supply chain. 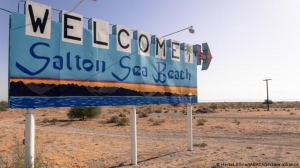 About 200 miles (321 kilometers) east of Los Angeles lies the Salton Sea, California’s largest lake by area. It was once a recreation destination and home to a highly productive fishery, but in recent decades the lake has begun to dry up. Now the region has become famous for its most valuable mineral resource — lithium.

Until a decade ago, lithium was mainly used for glass and ceramic production. Now, roughly 70% of lithium is used for batteries. As electric vehicles continue to gain popularity, global lithium demand is skyrocketing.

Last year, US President Joe Biden signed an executive order requiring half of all new cars sold in the United States in 2030 to be zero-emission electric vehicles (EVs). This was seen as a bold step toward reducing carbon emissions, but critics point out that the US isn’t prepared to manufacture electric vehicles at that level. A critical limiting factor is that the US produces very little lithium domestically.

Similarly, the European Parliament approved a mandate that all new car sales need to be zero-emission EVs by 2035. But Europe also depends heavily on imports to meet its lithium demand.

Access to a steady supply of lithium is pivotal for the US’s and Europe’s e-mobility transition, which is why the Salton Sea’s mineral resources have suddenly gained attention. 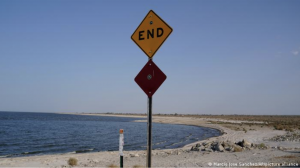 Michael McKibben, a geochemist and research professor at University of California Riverside, leads a study analyzing lithium resources in the area.

“I’ve taken both a conservative approach and an optimistic approach to estimating the amount of lithium,” McKibben told DW. “It’s somewhere between 1 and 6 million metric tons of dissolved lithium metal in the brines.” (Or a lithium carbonate equivalent of 5 to 32 million metric tons.)

According to McKibben, that makes this area one of the top lithium brine deposits in the world.

Three companies are racing to tap into this immense lithium resource. If their projects succeed, they will establish a method for extracting lithium without the negative impacts of conventional lithium mining.

The three companies involved are Energy Source Minerals, Berkshire Hathaway Energy (BHE), and Controlled Thermal Resources (CTR). Energy Source Minerals appears to be the closest to their goal. They aim to collect battery-grade lithium at commercial scale by 2024. Berkshire Hathaway Energy has set 2026 as a goal for beginning commercial production. Controlled Thermal Resources has gained investment backing from General Motors. 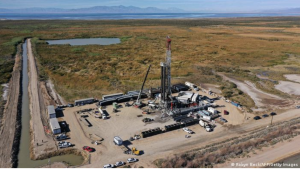 What sets these projects apart from conventional lithium mining is their connection to geothermal power plants, 11 of which are already established in the area. Geothermal plants pump up hot brine from underground and use the steam to generate electricity before re-injecting the brine back into the ground. Now they will add one more step — removing lithium from the brine before it’s re-injected.

“It’s important not to call it mining,” said McKibben, who prefers the term “lithium recovery,” because compared with conventional lithium mining, this process has minimal environmental impacts.

Conventionally, lithium is extracted in the form of hard rock, or from salts collected in solar ponds.

Hard rock lithium mining involves digging vast, open pits to pull out rocks like spodumene, which then need to be roasted and dissolved in acid. It’s a fossil fuel-intensive process, and has a devastating impact on the local environment. The vast majority of hard rock mines are in Australia, and to a lesser extent, China and Africa.

Salar pond mining involves pumping brine to the surface and leaving it in shallow pools. After the water evaporates, lithium-rich mineral salts remain. Salar ponds, also called salt evaporation ponds, take up thousands of square kilometers and deplete groundwater reserves, especially in desert regions where local populations depend on them. This method is most prevalent in Argentina, Chile and Bolivia.

Compared with salar ponds or hard rock mine pits, a geothermal power plant is relatively small, so direct lithium recovery projects require much less land use. The process avoids both the destruction and waste created by hard rock mining. It has a much smaller effect on groundwater sources than solar pond mining, because brine is re-injected into the ground after its use.

In addition to lithium production, there are plans to build battery production factories nearby, which could change the EV battery supply chain on a global scale.

By manufacturing batteries on-site, the carbon emissions from shipping lithium around the world are cut. Additionally, the US gains the strategic advantage of controlling part of the lithium supply chain, which could be of vital importance if conflicts between China and the US were to trigger sanctions.

Proponents of the project say that battery manufacturing plants would create thousands of jobs in a county that currently has an unemployment rate which is three times higher than the US average. Also, these projects will amount to significant income for the state of California, due to a recently approved tax on lithium production.

The beginnings of a clean lithium revolution?

Internationally, other projects are developing similar processes for use in other regions. Lake Resources is developing a project in Puna, Argentina, and Vulcan Energy Resources is working to bring the process to its geothermal power plants in Germany.

Vulcan Energy aims to begin commercial production of lithium in Germany by 2024-2025.

If these projects prove successful, a path to cleaner lithium production may be just around the corner.

One Reply to “Digging in the dirt: California mining firms seek to clean up lithium’s production footprint”