IMPERIAL, Calif. (June 2, 2022) – Today the U.S. Environmental Protection Agency (EPA) announced a settlement with California’s Imperial Irrigation District (IID) for violations of the Clean Water Act related to polluting of local wetlands. Under the settlement, Imperial Irrigation District will pay a $299,857 penalty and provide mitigation to offset the harm to the environment.

On November 5, 2020, inspectors from EPA’s Pacific Southwest Region and the U.S. Army Corps of Engineers inspected IID’s construction of drain banks in the area and found that activities resulted in the discharge of sediment to approximately 1 acre of wetlands. This discharge also impacted approximately 20 acres of wetlands by severing the connection with Morton Bay, which drains to the Salton Sea.

In addition to paying the penalty, IID will develop a plan for the removal of the sediment in question and the restoration of the water connection to Morton Bay. If they are unable to restore the impacted site, IID would need to reestablish 63 acres of wetlands at an alternative location.

An overarching priority of the Clean Water Act is to restore and maintain the physical, chemical, and biological integrity of the nation’s waters. A more specific federal goal is “No Net Loss” of wetlands by first avoiding, then minimizing, and finally compensating for any impacts to aquatic resources caused by the discharge of dredge or fill material into waters of the United States.

EPA has proposed a Consent Agreement and Final Order and is accepting public comment through July 5, 2022. View the public notice. 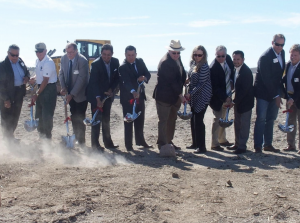 More than five years ago, this newspaper  (Imperial Valley Press) described the Red Hill Bay marina restoration project as “the first decisive step in the efforts to restore the Salton Sea.”